Quote of the Day:  "You must do the thing you think you cannot do."  - Elanor Roosevelt

Agenda:
1)  Write the "goal of the week."  2 sentences.  One that states the goal and one that explains how  you will go about achieving it.  Also write a paragraph that explains how your goal went last week.
2)  We will watch 20/20's "Real Story of the Blind Side" parts 1 and 2.  We will write a summary after each break.

Read more about Michael Oher in the exceprt of the book in NY Times Magazine here.
Listen to the interview with the author of the book in this NPR story here. 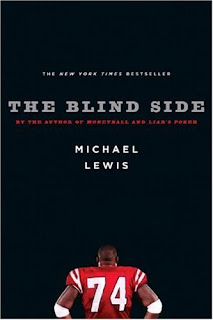 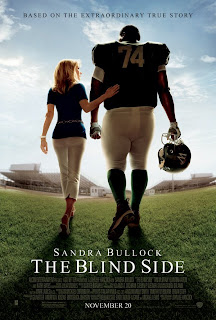 Email ThisBlogThis!Share to TwitterShare to FacebookShare to Pinterest
Labels: Agenda, The Blind Side

Roadtrip Nation Teacher of the Month

I was very honored to be awarded the very first ever Roadtrip Nation Teacher of the Month award.  Read all about it here: 
SAN FRANCISCO — College applicants are facing one of the toughest years ever to gain admission to the nation's public colleges and universities as schools grapple with deep budget cuts and record numbers of applications.
As cash-poor state governments slash budgets, colleges are capping or cutting enrollment despite a surge in applications from high school seniors, community college students and unemployed workers returning to school.


BEST VALUE COLLEGES: Top 100 for 2010
HIGHER ED: Can getting a degree be affordable?
AID: New FAFSA easier to use

The increased competition means more students will be turned away, forced to attend pricier private institutions or shut out of college altogether.

Wilson Liang, a senior at San Francisco's Galileo Academy of Science and Technology, said he worries that enrollment cuts at the University of California will freeze him out of its flagship Berkeley campus.

"I know the competition is very high," said the 17-year-old Liang, who would be the first person in his family to attend college. "There are a lot of smart people out there."

Colleges that previously accepted all qualified students are becoming selective, while selective schools are becoming more so. Most community colleges have open-access policies, but demand for classes is so intense that many students can't get the courses they need.

Benz is encouraging more families to consider private colleges, which may be more expensive but offer less crowded classes and the chance to graduate in four years, which is becoming a rarity at many public colleges.

Applications to private colleges are holding steady, while public universities around the country are seeing record demand as cost-conscious families look for good value, said Barmak Nassirian, associate executive director of the American Association of Collegiate Registrars and Admissions Officers.

Low-income, minority students could face the roughest road to admission because they often can't afford private colleges and don't have the resources or academic credentials to compete with students from wealthier families and better high schools, he said.

The enrollment caps could also threaten President Barack Obama's goal of making the U.S. the leader in college attainment by 2020 and undermine the nation's economic competitiveness, college officials say.

"We're reducing enrollment when we should be increasing it," said Scott Lay, president of the Community College League of California. Experts say states should increase access to college during a recession so that unemployed workers can train for new jobs.

The University of Florida, which has about 35,000 undergraduates, is seeking to reduce enrollment by 4,000 students by 2012, said spokeswoman Janine Sikes.

The chancellor of the Nevada System of Higher Education, which has 114,000 students, recently told its Board of Trustees it must consider capping enrollment for the first time.

"If you enroll someone and don't give that individual a reasonable path to a degree or certificate in a reasonable amount of time, what kind of access is that?" said Chancellor Dan Klaich.

Competition is particularly intense in California, where public universities are dealing with huge cuts in state support that have led to sharp tuition increases, faculty furloughs, course cutbacks and student protests. The state's 110 community colleges are struggling to accommodate a record 2.9 million students.

After five semesters of community college, Formekia Chinn had planned to transfer from Mission College in Santa Clara to San Jose State this month, but the CSU campus closed spring admissions. Her financial aid has run out, so she must find a job until she can start classes this fall — if she's accepted.

"It's very discouraging," said the 30-year-old single mom. "Who knows what's going to come up? I'm worried something else is going to go wrong."

Quote of the Day:  "In 36 hours donations made by mobile phones topped $7 million (Over $5 Million to the Red Cross)."  - Mobile Giving Foundation 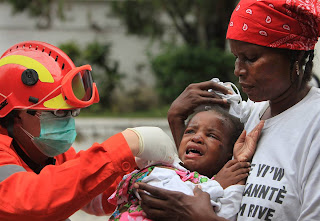 Agenda:
Timed Writing ~ College Essay
Also continue our work with Road Trip Nation.
Posted by Duez at 7:52 AM No comments:

Email ThisBlogThis!Share to TwitterShare to FacebookShare to Pinterest
Labels: Agenda

I received this from an AHS parent who is organizing this show.  If you are interested, please let me know and I will pass along her contact information:

Project grad and we are doing 2010 Prom Fashion Show at The Humble Civic Center, Janauary 24th 2-4pm ,but we would need them there at 12:30 to help with raffles,selling tickets,concessions,etc..also it would go towards Eagle bucks for project grad and also towards volunteer hours for college as well.


Great opportunity to help out and to also get those much needed service hours.
Posted by Duez at 11:55 AM No comments:

Email ThisBlogThis!Share to TwitterShare to FacebookShare to Pinterest
Labels: Service

On Wed/Thurs January 6th and 7th, AVID students had tutoring groups for 1/2 the period.  The rest of the period was spent getting binders prepared for the semester and we watched a Road Trip Nation episode.

On Friday, January 8th, Mr. Duez was not in school and the substitute led the students through taking the AVID Student Survey and also reading and taking notes on two Student Success Stories.  (You can find those at http://www.mycollegesuccessstory.com/success-stories/  )

On Monday, January 11th, students in AVID worked on their weekly goals and also on their college admissions essays.  They are due on Friday, writing about the person of influence in their lives.

On Tuesday, January 12th, students in AVID worked in their tutoring groups.  We organized into new tutor groups for the new six week's period.
Posted by Duez at 12:08 PM No comments:

Email ThisBlogThis!Share to TwitterShare to FacebookShare to Pinterest
Labels: Agenda

Welcome back for a new semester.  Very excited to get started.

Quote of the Day:  Be always at war with your vices, at peace with your neighbors, and let each new year find you a better man.  ~Benjamin Franklin

1.  What is your New Year's Resolution?  What was the best gift you received this year?

2.  Hand out new binders with a few minutes to organize.

3.  Read and take notes on the graphic.  Decide whether "College is Worth the Money?"

4.  Philosophical Chairs topic:  Using the graphic given on the sheet of paper, is college worth the money?  If we don't have a pretty equal distribution of students, we'll divide the class and argue a side.