Quote of the Week:  "I celebrated Thanksgiving in an old-fashioned way. I invited everyone in my neighborhood to my house, we had an enormous feast, and then I killed them and took their land." - Jon Stewart

Monday:
We'll check out the pictures we took from last Friday.  They were outstanding! 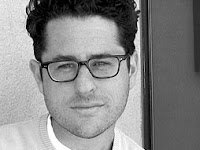 We'll also watch a TED Talk from J.J. Abrams called, "The Magic Box."
J.J. Abrams traces his love for the unseen mystery –- a passion that’s evident in his films and TV shows, including Cloverfield, Lost and Alias -- back to its magical beginnings.


As the Emmy-winning creator of the smart, addictive TV dramas Lost, Alias and Felicity, J.J. Abrams' name looms large on the small screen. As the writer/director behind the blockbuster explode-a-thon Mission: Impossible III, Cloverfield and the new Star Trek movie, these days Abrams also rules the big screen -- bringing his eye for telling detail and emotional connection to larger-than-life stories.Abrams' enthusiasm -- for the construction of Kleenex boxes, for the quiet moments between shark attacks in Jaws, for today's filmmaking technologies, and above all for the potent mystery of an unopened package -- is incredibly infectious.

"As a boy, JJ Abrams was fascinated with magic. As a television writer, director, and producer, he has beguiled audiences with a masterful use of suspense, plot reversals, and special effects."

Wired
Tuesday:
Tutoring or - if there isn't much to do with tutoring, since we are heading towards a break -
We'll check out this 7 minute video:


We will have a socratic discussion about the video and the state of education/technology.

After watching it two things popped into my mind:
1) Moderation is very important.
2) Kids are losing the (already inhibited ability) to moderate.
What would our campus look like if cell phones were not banned?  I would think it would be a mess.  But, I don't know.
I know one thing for sure, kids know how to use technology to entertain themselves and communicate with friends.  But, do they know how to use it for their advantage to learn and do their school work (and later college work) in a more efficient way?
Part of our job is going to be explaining how to balance life so that they get a boost from technology and not just have it sap their attention and ability.

HAVE A GREAT THANKSGIVING!
Posted by Duez at 7:20 AM