Dancing at the Game 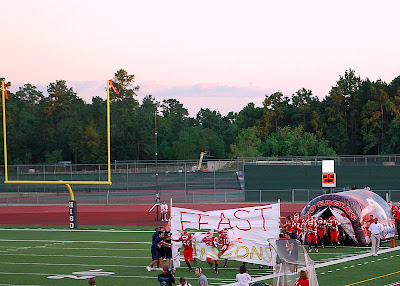 Friday night was the "Father-Daughter" dance for our school's dance team at half time of the football game. I was honored to dance with a former student of mine. Her Dad was unable to dance because he has MS. 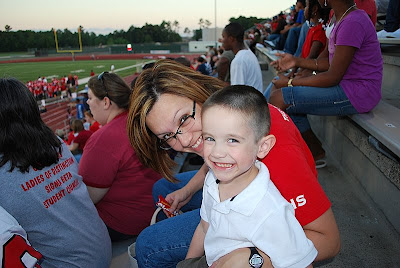 Aidan had a great time at the game. Norma struggled some because her ankle was REALLY sore after working all week. But, she toughed it out and we went home and iced it down after half time. At that point the awesome Eagles were up 21-0 and later went on to win 40-0. Now the AHS Eagles are 2-0 for the first time in their three year history! Pretty exciting. 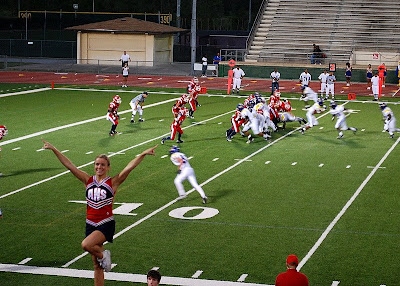 Half time went very well. My dance partner was great. She is quite the dancer. Afterwards her mom thanked me for dancing with her and I said, "Well, she made me look good, didn't she? She had to work PRETTY HARD to do that!" And I smiled. To make this white guy look good is pretty much an impossible task. But, she got the job done. It was a lot of fun to see the kids from school yelling my name and waving. 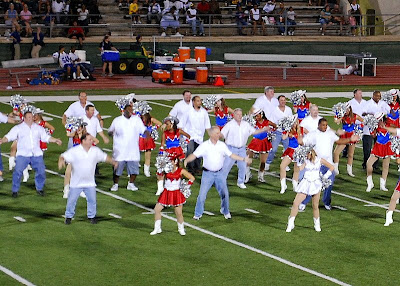 One of the teachers that I worked with said, "You looked pretty good for a guy that was just in an accident last week. Nice and loose." Well, the adrenaline was pumping a little. I never even tried to do 1/2 the moves that we practiced until last night because I didn't want to hurt my back any more than it is. But, once we got out there I was fine. 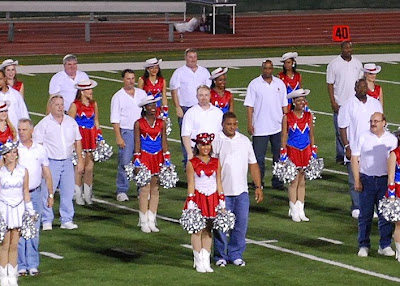 My dance partner's father has MS. So he couldn't dance with her. I felt a little guilty because he should be out there... but at the same time, I was proud to stand in for him. It is always amazing how something like this goes such a long way with the kids. They really enjoyed it. 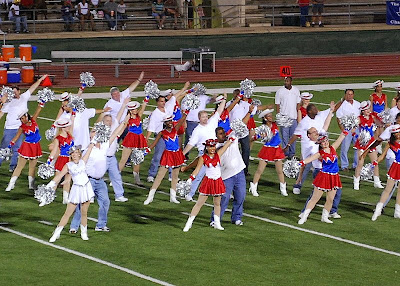 Aidan had a ball. I waved up to him from the field and he waved back. It was cool to have him there watching. So I guess now I can say that my son saw me on a football field. Of course, this was NOTHING like what I used to do on a football field. It is actually much harder to face the stands and dance than it is to play a sport like football where you are just focused on your opponent. I never really paid much attention to the stands when I played. 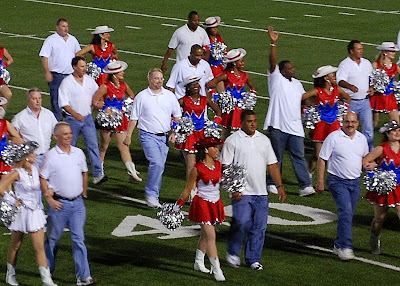 Today I am a little sore and a little cranky. But, I am so glad to have had the chance to dance with her. It was a lot of fun.
Posted by Duez at 7:15 PM

Email ThisBlogThis!Share to TwitterShare to FacebookShare to Pinterest
Labels: Fun