Quote of the Day: 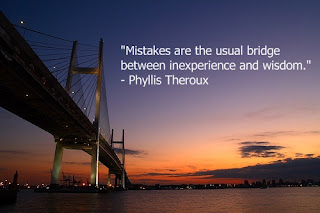 Lesson 6: Hard Work Versus Luck
What is more important, hard work or luck? It’s no secret that luck can often play a big part in positioning you for success – being at the right place at the right time, making connections with people, stumbling across something randomly that interests you. However, it’s your hard work and talent that keep you there and allow you to take advantage of opportunities when they come your way. As world-renowned film editor Walter Murch says in this lesson video, “The world is full of people who are talented, who were not lucky and did not work hard, and washed out.” In other words, there are people all around you that may have found themselves in situations where luck may or may not have played a role; but either way, they did not have the necessary foundations in place to sustain their talent in order to take advantage of opportunities and thus could not make anything of themselves.
In order to understand the concept of how hard work can actually position you to take advantage of luck, we must first explain what working hard means. It is easy to label things that are tedious, laborious, difficult or even boring as “hard work.” But the real question is working hard for what? If you’re working hard at something that doesn’t matter to you, there’s little value in how your time is spent. The goal is to find ways to put hard work in the larger context so that you can see the big picture of where that commitment is taking you. You want to be working hard for something that you believe in.


We will watch the video that goes with the lesson and also see this video:


Fortunately for Walter, he discovered at an early age that he had a gift for sound recording, even though he didn't take his youthful experiments seriously until after he had explored other paths, including architecture and oceanography. Always eager to push things and see what happens, he found himself in good company at USC film school, where he met George Lucas, another graduate student whom instructors identified as a troublemaker for daring to challenge cinematic conventions. Impressed by Ingmar Bergman's Seventh Seal, a film Walter saw while at USC, he had the revelation that maybe he could create something equally moving and monumental and at the same time earn a living. He had his chance as the sound designer for Francis Ford Coppola's Apocalypse Now, one of many award-winning productions with which Walter has been involved during a long and fruitful career. Known for taking risks and breaking the rules, he attributes his success to three main factors: luck, talent, and hard work. Each factor, he explains, functions like a leg of a tripod. The trick is to keep the tripod balanced, a skill he has mastered.